The Office of the National Rail Safety Regulator (ONRSR) – what is its role in NSW? 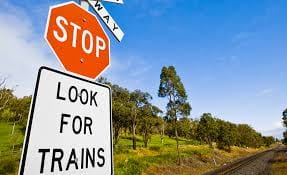 There has been lots of talk around Rail concerning the establishment in January 2013 of the Office of the National Rail Safety Regulator (ONRSR) in South Australia and the expanded role of the Australian Transport Safety Bureau (ATSB) The key questions I hear are “what are the roles of these National organisations? and “what does this mean for Rail Regulation in NSW?”

The IGA also established the Australian Transport Safety Bureau (ATSB) as the national ‘no-blame’ investigator for rail in Australia. The ATSB is Australia’s national transport safety investigator tasked with improving safety in the rail, maritime and aviation industries by investigating incidents and accidents to identify issues and encourage actions to reduce the risk of those events happening again. Further information on the expanded role of the ATSB is available at the National Safety Investigation Reforms website.

Information on the passage of legislation in other States and Territories is available on the National Regulator’s website.

The aim of this reform is to resolve a century of inconsistent regulatory practices between the states and territories that have constrained rail transport operators across jurisdictional borders. The practical benefits of national rail safety regulation include single national accreditation for rail transport operators, removing duplication of auditing, monitoring and inspection processes, and the improved availability of resources and specialist knowledge to inform decision making and safety investigations.

The Independent Transport Safety Regulator (ITSR) is an independent statutory authority of the NSW Government. ITSR’s principal objective is to facilitate the safe operation of railway operations in NSW. Under a service level agreement with ONSR, it provides specific functions and services including operation of the NSW Branch Office of ONRSR and performance of a range of regulatory compliance and enforcement activities.

ITSR also monitors, reviews and evaluates matters relating to the safe operation of railway operations in NSW and provides independent advice to the NSW Minister for Transport as appropriate.

The NSW Office of Transport Safety Investigations (OTSI) investigates rail, bus and ferry safety occurrences in NSW. It conducts rail investigations in NSW on behalf of the ATSB.

The establishment of Australia’s first National Rail Safety Regulator has been one of the biggest regulatory reforms in Rail to date and has attracted criticism from those who believe progress is still not happening quickly enough. The long lead times to engage existing state rail safety regulators to manage the state offices of the national rail safety regulator, as has happened in New South Wales, has slowed the achievement of the benefits associated with national regulation. These benefits, including decreased regulatory and cost burden, are badly needed for rail operators, especially those who operate in multiple jurisdictions.

In NSW in addition to these changes in NSW, there have been significant shifts in the way rail network designs and standards are administered, with the establishment of Asset Standards Authority (ASA) within Transport for NSW (refer my earlier Blog). Change upon change for Rail – how well do you think the industry is handling it?