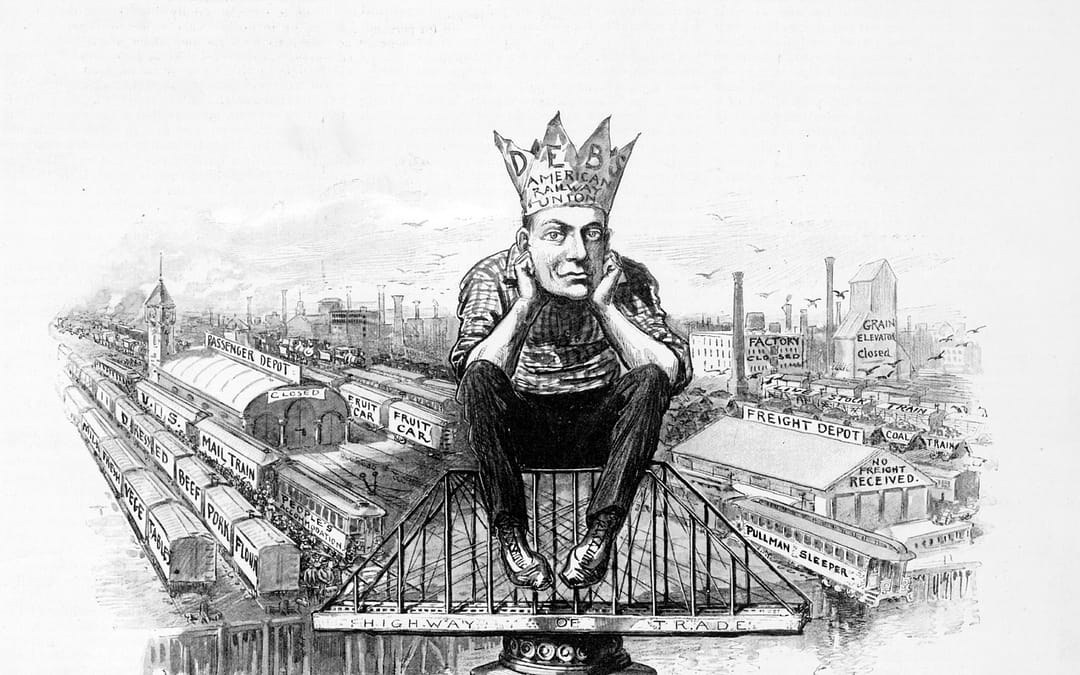 I’ve been dwelling a lot lately on what needs to change in the Infrastructure Engineering & Construction industry.

Indeed, common themes are a good thing. A clear and aligned understanding of what needs to change, is a necessary pre-condition to being able to figure out how to get to where we need to be.

In an earlier article I explored the extent to which the art of effective leadership contributes to successful project outcomes. And as a recent Gratten Institute Report highlights, there is certainly plenty of scope for improvements in the way increasingly popular “mega-projects” are selected and delivered.

Nevertheless, when it comes to the how there is a tendency for people to sit back and wait for “industry leadership” to prod us forward.

As I’ve previously suggested I believe we each have an individual responsibility to take action and a personal leadership role to play.

Let’s consider then the fundamental elements of leadership that need to be modelled for the industry.

In these current circumstances – where we’re seeking an outcome that looks and feels like a transformed industry – we need leaders to show up as catalysts for change.

And when we think of catalysts for change, thoughts typically turn to Great Man and Trait based theories of Leadership.

Engineering and construction in Australia is built on stories of great leaders creating exceptional companies from scratch. Neil Sarah’s article: “What’s in a Name? A Brief History of some of Australia’s Construction Giants” tells the tale of Bert Baulderstone of AW Baulderstone, Manuel Hornibrook of Hornibrook Constructions, Gennero Abignano of Abigroup, Stanley Ellis Leighton of Leighton Contractors and Les Thiess of Thiess. Common themes – from humble beginnings to triumph over adversity – resonate in these stories.

Accordingly, and when transformational change is needed, the industry naturally looks to great women and men. This aligns with the school of thought that considers leadership to be an innate quality. Great leaders are born, not made. According to the theory, leadership calls for certain qualities that one either possesses or does not have. People are attracted to and follow these leaders and turn to them instinctively for inspiration and support.

The Great Man Theory was founded in ancient Greek and Roman times when leadership was correlated with specific mental, physical and personality characteristics. Because leaders were thought to be born, a measure of divinity was attributed to them and their behaviour.

The theory carries credibility to the extent that great leaders have a certain mystique about them and are viewed with awe by their followers. The qualities and actions of such leaders inspire implicit respect, at least in some respects.

Further implications of the theory that leaders are born and not made include:

Now consider as a more contemporary alternative the “Trait” theory of leadership.

Jim Collins in “Good to Great” adopts a strong research-based methodology, in exploring what distinguished eleven sustainably great US publicly listed companies from a sample size of 1,435 companies analysed over a 40-year period.

In considering the contribution of leadership to organisational out-performance, Collins proposes a hierarchy of leadership capabilities and traits. At the pinnacle of the hierarchy (illustrated below) is a Level 5 Leader. “Level 5” Executive traits are further described as follows:

Personal Humility: A Level 5 Leader channels ambition into the company, not self; setting up successors for even greater success in the next generation.

Professional Will: A Level 5 Executive (Leader) demonstrates an unwavering resolve to do whatever must be done to produce the best long-term results, no matter how difficult.

A Level 5 Leader builds enduring greatness through a paradoxical blend of personal humility and professional will. 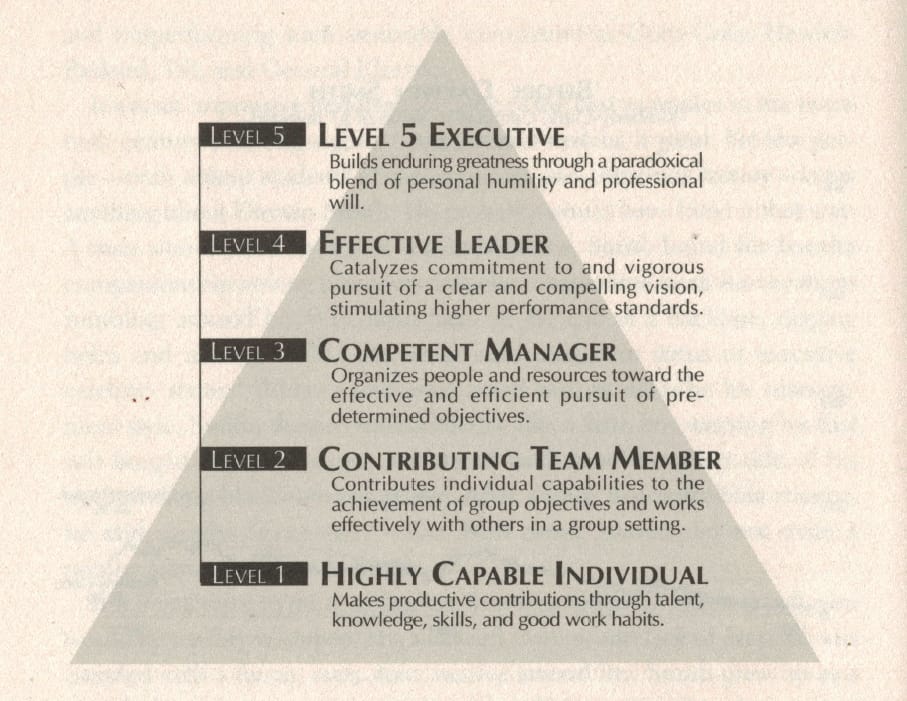 …..with Acknowledgement to Jim Collins

Of course, the trait theory considers the leader alone to the exclusion of the group of followers and the task situation, which are also of significant importance in enabling leadership effectiveness.

Regardless of which of the above theories you may subscribe to, effective leadership is a necessary pre-condition to moving us forward.

As an industry, do you believe we’re up for the challenge of breaking through the “steel ceiling” in this way and accessing a higher level of industry performance?