Capacity Management: The Answer to Boom and Bust in Engineering & Construction? 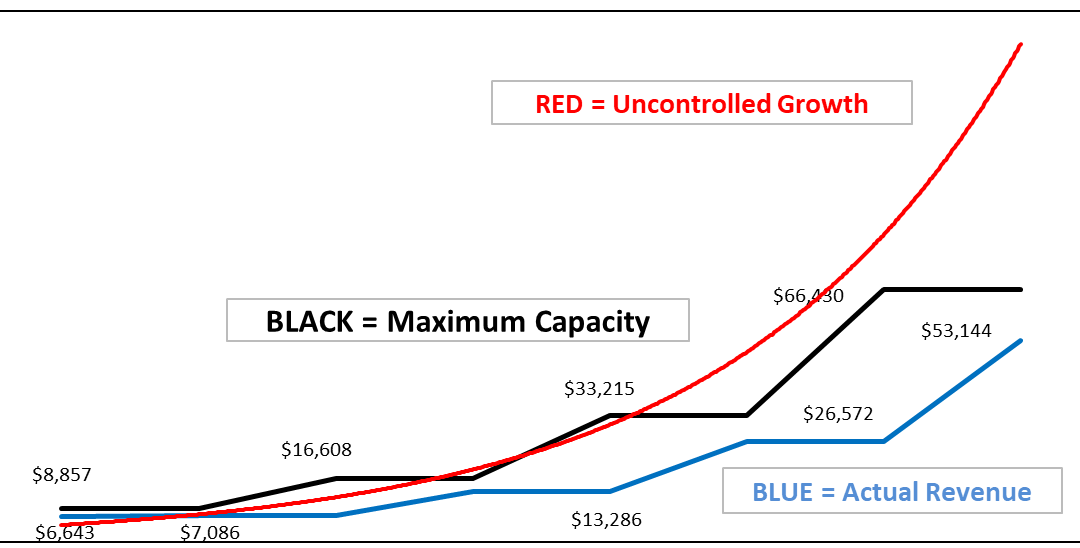 People I talk to regularly raise questions along the lines of:

“Why is the Engineering & Construction industry always either in Boom or Bust?” and

“Why aren’t Governments doing a better job at planning and coordinating?”

Indeed (and as discussed in an earlier article) it is difficult to effectively plan and coordinate long-lead time infrastructure investment programmes. However, there is a more fundamental reason why the industry is subject to “feast or famine” periods that make it a particularly tough place in which to survive and thrive.

Construction industry Boom and Bust cycles are influenced by global, regional or national economic circumstances. These cycles, as for most industries, trail the broader economic cycle by around 6-9 months. Construction cycles are also influenced by exogenous (external) effects such as changes in interest rates, Government policy intervention, technological change and – of course – global pandemics.

But why are changing economic circumstances experienced as cycles?

Ray Dalio is the founder of Bridgewater Associates Investment Management and one of the more engaging writers in this space.

Dalio uses Monopoly® – the game of acquiring properties and extracting rent from other players to fund the acquisition of more properties until all the properties are owned by the winner – to explain how economic cycles come about. He describes how the Monopoly® game would work if – more akin to the real economy – the bank was allowed to make loans and take deposits:

“Players would be able to borrow money to buy property and, rather than holding their cash idly, they would deposit it at the bank to earn interest, which in turn would provide the bank with more money to lend. Let’s also imagine that players in this game could buy and sell properties from each other on credit (i.e., by promising to pay back the money with interest at a later date). If Monopoly® were played this way, it would provide an almost perfect model for the way [economies operate]. The amount of debt-financed spending on hotels would quickly grow to multiples of the amount of money in existence. Down the road, the debtors who hold those hotels will become short on the cash they need to pay their rents and service their debt. The bank will also get into trouble as their depositors’ rising need for cash will cause them to withdraw it, even as more and more debtors are falling behind on their payments. If nothing is done to intervene, both banks and debtors will go broke and the economy will contract.”

So each phase of credit-based economic growth is inevitably followed by a period of economic “shrinkage”. Construction industry revenues grow relatively quickly in Boom periods and fall harder during the Bust cycle. Smaller construction firms are less able to downsize to meet a contracting demand but can expand as fast if not faster than larger firms in response to the Boom cycles. Boom times in Engineering & Construction are characterised by intense project activity and heightened competition for skilled staff and workers. Bust periods are the opposite.

Dalio notes a particular challenge experienced by economies whose growth is significantly supported by debt-financed building of fixed investments, real estate, and infrastructure. This is particularly true of Australia, as a net importer of capital that must invest in infrastructure to overcome the vast distances between major cities. Countries such as ours are particularly susceptible to large cyclical swings because the fast rates of building those long-lived assets are not sustainable. This type of cycle — where a strong growth upswing driven by debt-financed real estate, fixed investment, and infrastructure spending is followed by a downswing driven by a debt-challenged slowdown in demand — is also typical of emerging economies because they have so much building to do.

So as an owner of an Engineering and Construction business, how does one deal with these inevitable up and down swings?

The key to developing a sustainable business in a Boom and Bust industry is to manage growth well within the bounds of the swings and roundabouts.

The BLUE (theoretical) Revenue curve in the diagram above illustrates what a well-planned growth profile looks like for a sustainable business in Engineering & Construction. A disciplined approach to Capacity Management results in business revenue that looks more like the Blue profile, than the Red curve of Uncontrolled Growth (which is typically followed by an equally precipitous decline).

With control over the shape of the (Blue) Revenue curve, owners can choose: