Bankrupt builders are demonised but is the environment in which they do business the problem? 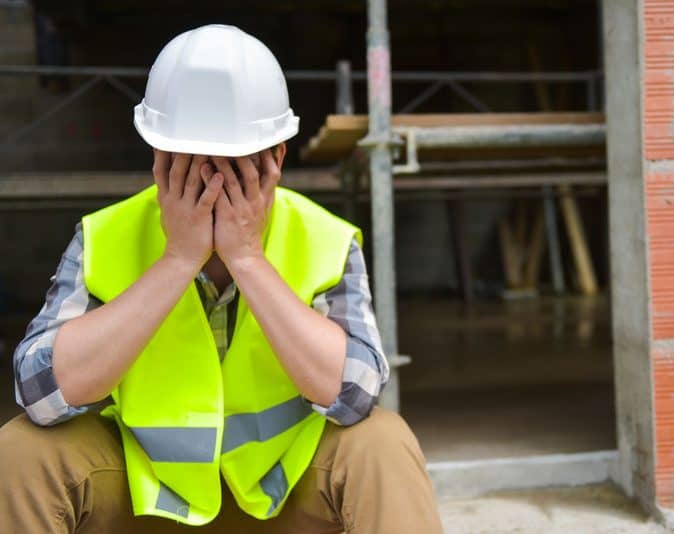 The inflexion point of an economy from ‘boom to bust’ is a time of heightened risk for engineering and construction, an industry characterised by high risk. Rapid shifts in supply and demand can turn a profitable business into a loss-making venture almost overnight. This is also the time when many owners of businesses large and small in the industry ask themselves: why exactly did I take on all this risk on behalf of my customer / client / head contractor for the return I’m making?

Residential housing construction is the high-profile sector of the industry attracting much of the current attention. And quite rightly, with home buyers facing delays in completions and unanticipated cost increases in circumstances where the agreed price on their fixed price contract was their expected outcome.

Spare a thought, though, for new home and apartment builders as they assess the consequences of their committed forward workloads, signed up largely on a fixed price basis and commonly 12-18 months prior to construction. Chronic labour shortages and rapidly escalating materials costs are creating an uncomfortable squeeze on job margins across the industry. And the spectre of deteriorating economic circumstances remains an ever-present environmental context.

Not so long ago, underlying demand for housing was threatened by a precipitous drop in immigration as borders were closed due to COVID-19. The previous Federal Government’s Homebuilder program accelerated the industry as buyers signed building contracts with cost ceilings created by the defined parameters of the program. It is unsurprising then to see a  tail-off in new building commencements recorded over the March and September quarters of 2022.

A similar set of circumstances are being faced by civil and electrical contractors around the country, who deliver the work on the ground for major transport, water and electrical infrastructure projects. Demand has been sustained at a generational high, underpinned by public sector investment programs at Federal, State and Local levels. Market forces and governments’ propensity for procuring infrastructure as large, integrated “mega-projects” have driven a wave of consolidation, creating an industry sector largely controlled by major international contractors. High levels of work are forecast for the foreseeable future, noting that even the most bullish forecasts conclude with a precipitous drop-off in demand.

For small and medium sized contracting businesses who operate somewhere in the chain between head contractor and works on site, intense pressure feels like it’s coming from all sides as suppliers circulate notifications of price increases, subcontractors are reluctant to respond or unwilling to commit, debtor days are rising, key employees hint that it might be time for a pay rise and their friendly financier leaves messages about a “catch-up”.

In these circumstances, it stands to reason that business insolvencies in the sector are increasing, as evidenced by the reported woes in relation to small-and-mid-tier home and apartment builders. Conversely, there is less evidence so far regarding insolvencies in the civil and electrical contracting sector, most likely reflective of the more conservative nature of the sector due to the bespoke nature and average length of time for completion of typical infrastructure projects.

There is a broader challenge, arising from the exposure of the industry to boom and bust economic cycles. The feast or famine driven behaviour common in the sector creates what I refer to as a “steel ceiling” holding back good businesses from becoming more sustainable enterprises. This need for behavioural change is an added pressure and an overriding concern, for an industry that must transform into a more diverse, collaborative and inclusive environment capable of attracting and retaining tomorrow’s talent.

The pain of business liquidations ripples through communities – employees losing their jobs, subcontractors forgoing their payments, owners losing their home and often their significant relationships. Small and Medium Enterprises are commonly recognised as significant drivers of economic growth and innovation and are a key source of business and community confidence. Accordingly, government will come under increased pressure to alleviate the fallout from where the industry appears likely to find itself.

Australia’s approach to competitive regulation of the engineering and construction industry has been notably “hands-off”, in line with a broader, benign regulatory mindset adopted by Federal and State governments since the late 1990s. Time will tell the extent to which actions – or lack thereof – result in a healthier industry going forward.

Governments are fast running out of fiscal stimulus in this current economic cycle. It will be interesting to observe what measures might be adopted by them in dealing with the consequences of what looks to be a time of continued downwards margin pressure and chronic business pain in the sector. Expectations will be high from major international contractors and small and medium sized local industry participants alike …

Peter Wilkinson BE (Mech), MBA (AGSM) is the founder and director of SamWilko Advisory. His new book The Steel Ceiling: Achieving Sustainable Growth in Engineering and Construction was published by Wiley in September 2022.